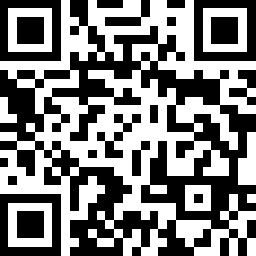 What parts make up professional fasteners?

The screw is a more general term. Those with external t […]

The screw is a more general term. Those with external threads can be called "screws". The exact statement should be bolts, screws, and screw caps (nuts). It is a mechanical part used to fasten the connection. Standard fasteners mainly include bolts, studs, screws, set screws, nuts, washers and rivets. Standard fasteners are divided into twelve categories, and the selection is based on the use of the fastener and its function.

(1) Bolt Bolts are widely used in detachable connections in mechanical manufacturing, and are generally used in conjunction with nuts (usually plus one washer or two washers).

(2) Nuts commonly known as "nuts" and "screw nuts". The shape is usually hexagonal, and the internal hole is internal thread. It is used to cooperate with the bolt to tighten the related parts.

(3) Screws The screws are small, the heads have flat heads, cross heads, etc., and the rods have external threads. It is usually used alone (sometimes with a washer), generally used for tightening or tightening, and should be screwed into the internal thread of the body.

(4) Studs Studs should actually be called "double-headed studs". Both ends have external threads, and the middle is generally a smooth rod screw. It is mostly used to connect one of the connected parts. The thickness is large. Where bolts are used. The studs are generally threaded at both ends (single-end studs are threaded at one end), usually one thread is screwed into the component body securely, and the other end is matched with the nut to play the role of connection and tightening, but in very To a large extent, it also has the function of setting a distance.

(10) Rivets The rivets have a head at one end and no thread on the shaft. When in use, insert the rod into the hole of the connected piece, and then rivete the end of the rod to play the role of connection or tightening.

(11) Connection pair: the combination of screw/bolt/self-tapping screw and washer. After the washer is installed on the screw, it must be able to rotate freely on the screw (or bolt) without falling off. Mainly play the role of fastening or tightening.

(12) Others mainly include welding nails and so on.

1+
Views: 742
PREV: What are the materials and advantages of combination screws?